What does the Bitcoin Diamond Hard Fork Achieve? 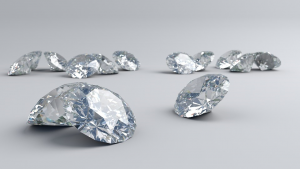 A fork in a cryptocurrency that creates two new currencies may be bewildering. Indeed, such a phenomenon is unheard of in most national paper currencies. However, forks can and do indeed take place even in well established cryptocurrencies like Bitcoin and Ethereum. We have in fact covered in detail that investors and users of Bitcoin havenothing to fear from forks, which have been successfully executed in the history of the cryptocurrency. In fact since August 1 2017, Bitcoin has forked three times already. Bitcoin Cash forked at Block 478559, Bitcoin Gold at Block 491407 on October 24, 2017 and finally Bitcoin Diamond at Block 495866 on November 24, 2017.

The latest fork has given birth to Bitcoin Diamond, which now has its own independent chain. The split was made possible by Bitcoin miners Team EVEY and Team 007. The objective of the split was to remedy what these miners deem to be shortcomings of Bitcoin.

What does the fork achieve?

Bitcoin (BTC) has been going through a phase which can be best described as akin to having sludge in the pipelines. Transactions have slowed down considerably, while transaction costs have been rising significantly. Indeed there is a valid question that needs answering as to if Bitcoin can indeed emerge as a payment system surmounting its scalability issues. Since BTC is limited to only one transaction every three seconds and has a blocksize of one megabyte, an improvement through forking was made in the case of Bitcoin Diamond (BCD), which has a blocksize of 8 MB. This will propel five times faster. There is also a push to make transactions more friendly to the pockets of the users. A BCD executive informed Cointelegraph that they intend to do so by lowering the transaction fees. Since the total amount of BCD is ten more than that of BTC, the cost of participation and thresholds are reduced for users.

Perhaps what BCD can claim as a USP is a push towards privacy that they are aiming to make. At the moment BTC transactions can be seen by anyone. This means that if you send or receive money, this would be visible in public domain. BCD are planning to encrypt this information, so that users will be able to enjoy a greater amount of privacy.  As the use of cryptocurrencies grows, this feature would be appreciated by many users, who are wary of snooping eyes on their personal information. There are plans afoot that in December, BCD main chain encryption can take place resulting in both encrypted balance as well as transaction amounts.

How useful will be BCD?

As of the writing of this article, BCD Foundation has informed us that BCD has been launched at 33 exchanges around the world. The exchanges that will BCD to list are: Binance, OKEX, Huobi.Pro and Bit-Z. EXX.com has even announced futures trading of Bitcoin Diamond. BCD will also be supported by six wallets: BitGo, Bitpie, Coldlar and ATOKEN. Bitcoin Diamond has laid out a roadmap that sees them having mainnet, wallet, nodes code and API release in place by December 2017. It should be possible to mine BCD with a full node client or with a pool. The support for mining will begin after the mainnet is released. Bitcoin Diamond will support AMD and Nvidia based GPU mining.

BCD foundation has been working to put in place advisory teams as well as building community efforts around the new cryptocurrency. Co-founder of BTCC Linke Yang has announced accession as a BCD advisor. Yang’s help would be crucial for BCD to gain a foothold in China. Chinese, Italian and Korean community teams have been established by the foundation, while the North American and Australian communities are work in progress. The addition of other experts would boost BCD Foundation’s R&D capabilities and also help in promotional advantages in the long-term. Out of the 210 mln BCD coins, 170 million are earmarked for the markets and the rest have been kept for the community in a “rewards pool” for tributes and mining purposes. This would hopefully help the community framework the BCD foundation is hoping to build.

The establishment of BCD add yet another cryptocurrency to the crypto universe. It will be only  a matter of time before we see if this is a hit or a miss. Users tend to vote with their wallets over time and this is no different than anywhere else. Market acceptability and popularity is thus the key benchmark that BCD will have to meet.

This is a sponsored article. WorldCoinIndex does not endorse and is not responsible for or liable for any content, accuracy, quality, advertising, products or other materials on this page. Readers should do their own research before taking any actions related to the company.